A Grand Tour: How to See Switzerland by Train 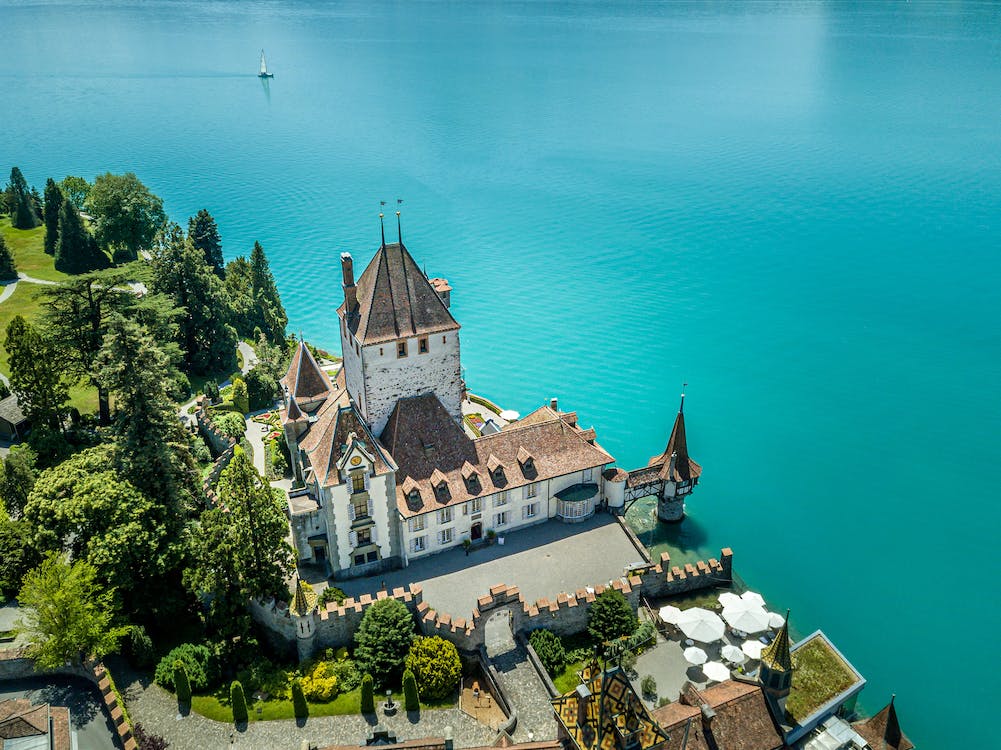 Browse Zürich’s arts scene, ski the Matterhorn, and call dibs on a Glacier Express window seat during a train journey around Switzerland.

Switzerland may be a small country (the size of Vermont and New Hampshire combined) but it’s packed with skyscraping peaks, tranquil alpine lakes, and 26 distinctive cantons. Surrounded by France, Italy, Germany, and Austria, this heart of Europe is home to a train system that stitches all of its best sights together seamlessly and sustainably: 90 percent of the electricity used by Swiss Federal Railways comes from hydropower. And the expansive system of high-speed express rails, countryside lines, and mountain-scaling cog trains – supplemented by funiculars, ferries, and buses – runs on the famously precise Swiss timing. “Switzerland has an extremely well-connected railway system, where access goes beyond the city and into nature,” says Virtuoso travel advisor Jessica Rizzolo. “It’s efficient, scenic, and unique.”

One of the best ways to get around the country is with a Swiss Travel Pass, which includes unlimited train rides and free admission at more than 500 museums, exhibitions, and more. A Virtuoso advisor can help you choose your ideal combination of sights or arrange for the following grand, 15-day tour with Railbookers that touches virtually all of Switzerland’s main attractions.

Start your grand tour of Switzerland’s natural beauty in Zürich.

Zürich: The Capital of Arts and Chocolate

Fast trains depart straight from Zürich Airport (the country’s busiest), but Switzerland’s most cosmopolitan city is worth a visit first on arrival. Learn how to make chocolate lollipops or truffle-and-praline treats at the new Lindt Home of Chocolate, an interactive museum devoted to Switzerland’s signature confection. Immerse yourself in art at Switzerland’s largest museum, Kunsthaus Zürich, recently expanded by architect David Chipperfield. Before starting your train tour, rest up at the 175-room, hilltop Dolder Grand, a nineteenth-century, castlelike hotel with a contemporary spa, access to hiking trails, and excursions to Europe’s largest waterfalls. “For travelers settling in, you’ve got the best of both the city and nature here,” says Rizzolo.

Interlaken and the Jungfraujoch Region: Awe in the Alps

From Zürich, head southwest to Interlaken – which means “between lakes” – a jumping-off point for day trips among the Bernese Oberland region’s dramatic peaks. “This is a fantastic base to explore scenic mountain towns accessed directly by train,” says Rizzolo, who recommends a trip through the gingerbread village of Grindelwald on the Jungfrau Railway, continuing via tunnel through the Eiger and Mönch mountains to Jungfraujoch – known as the “top of Europe” – and Europe’s highest railway station. From there, travelers can take in the snow-covered ridges from between a pair of 13,000-foot peaks: Jungfrau and Mönch. In the warmer months, ride the funicular from Interlaken up to Harder Kulm, Interlaken’s closest peak, with a viewing platform overlooking Lake Thun, Lake Brienz, and the surrounding mountains. “It’s a hiker’s paradise,” says Rizzolo.

Geneva: A Taste of France, on Swiss Time

Continuing west, Geneva – home to diplomats, the Red Cross, and many United Nations offices – anchors Lake Geneva’s west end, framing views of the French Alps across the water. (Geneva’s residents speak French – one of Switzerland’s four official languages.) Switzerland’s largest Old Town encircles twelfth-century Cathédrale Saint-Pierre with lively cafés, boutiques, and pedestrian squares. Board a classic paddle steamer for a spin on the lake, then test your dexterity with tweezers and tiny screwdrivers during a Swiss watchmaking class at Initium, a workshop staffed by master watchmakers.

Get a taste of history at Lake Geneva’s UNESCO-protected vineyards.

Switzerland’s French capital of Lausanne – home to the International Olympic Committee and the Olympic Museum – sits on the lake’s northern side, less than an hour by train from Geneva. Just beyond Lausanne’s train station, an abandoned railway has been transformed into a new arts district called Platform 10, home to three museums. For a taste of the terroir, take a local train east to the Lavaux, a region of lakeside vineyards stepped in terraces – and a UNESCO World Heritage site dating to the eleventh century – to sip slightly fizzy white chasselas wines from family-owned cellars. Well-signed lanes guide walkers and cyclists from village to village among the vines.

A train is the only way to get into Zermatt, a car-free village of 500-year-old buildings on Switzerland’s southern border. Zermatt is the entrée to the 14,700-foot-tall Matterhorn, a pyramid-shaped stunner and one of the world’s most photographed mountains. It’s just one of the 38 “fourteeners” (peaks above 14,000 feet) in this region, home to year-round skiing and snowboarding and 250 miles of seasonal hiking trails that lead to remote lakes. Off-peak travel tip: The Grand Hotel Zermatterhof has expanded its usual seasonal hours to stay open from autumn 2022 through Easter 2023.

The alpine scenery will keep your eyes glued to the windows on the eight-hour Glacier Express leg from Zermatt to Saint Moritz in the Engadin region, crossing 291 bridges, zipping through 91 tunnels, and vaulting the 6,700-foot Oberalp Pass. Ask your Virtuoso travel advisor to book you a coveted Excellence Class spot on the photogenic eastward journey for window seats, butler service, and a seven-course, wine-paired meal. In Saint Moritz, a glittering bastion of winter tourism, an annual polo tournament is still held on snow, and the landmark, 155-room Badrutt’s Palace Hotel has been entertaining travelers since 1896. Hit the slopes for Olympic-calibur skiing (Saint Moritz has hosted the games twice), browse the boutiques along Via Serlas, or learn the art of cheesemaking at the Alpine Dairy of Morteratsch.

Head southwest from Saint Moritz to toast your grand tour with a glass of white merlot, a signature vintage of the Ticino region just north of the glacial lakes – including Lake Lugano and Lake Maggiore – that line the Italian border above Milan. Day trips can take visitors from the palm-lined lakeshores to the Basòdino Glacier for hikes around Lake Robièi, or to the Fortress of Bellinzona for a foray into medieval defense. Above all, you’ll want to savor the area’s Italian-Swiss cuisine, preferably in a simple grotto (tavern). “Ticino feels like Italy, but with Swiss orderliness,” says Virtuoso advisor Tesa Totengco.