Now’s the Time to Discover Barcelona without the Crowds 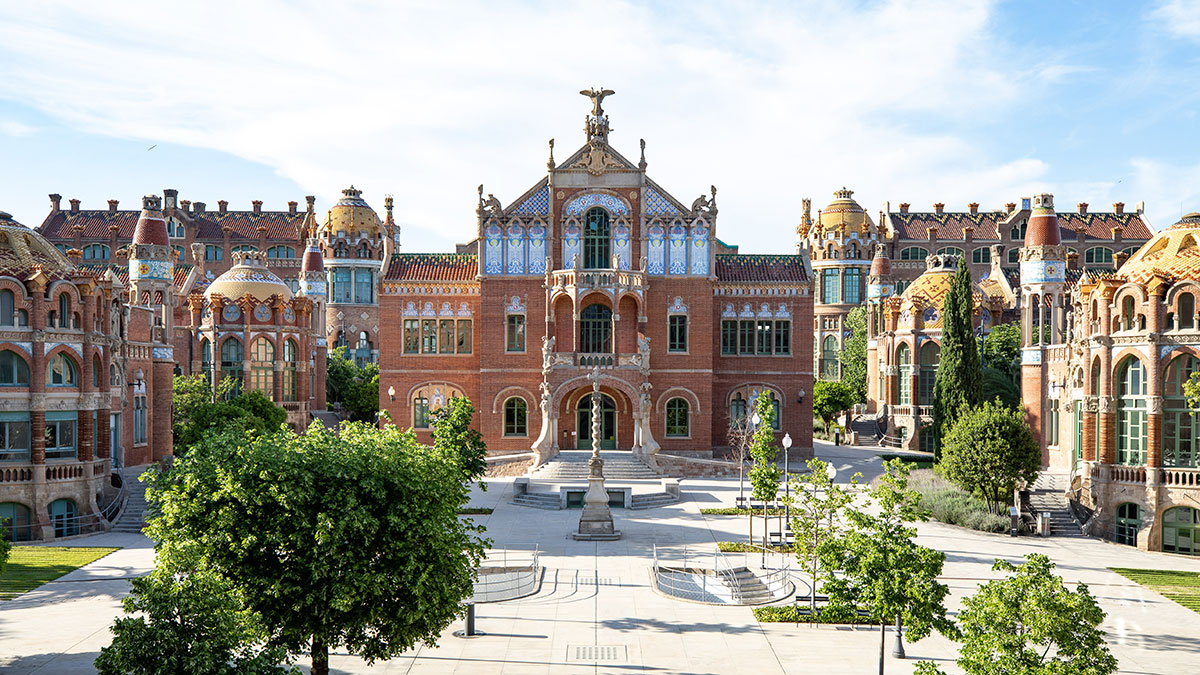 Barcelona’s rep as one of the world’s most exciting and beautiful cities is well warranted. But in the peak of high season, admiring the sunny Catalan capital’s gorgeous beaches and Moderniste architectural marvels amid a sea of travelers can feel far less than serene.

Another key to soaking up the best of Barcelona: Choose the routes less traveled, from the lesser-known works of the Catalan Moderniste movement to organic wineries on the city’s outskirts. Barcelona makes slow travel easy too, thanks to a well-connected public transportation network and a slate of sustainable restaurants and shops. 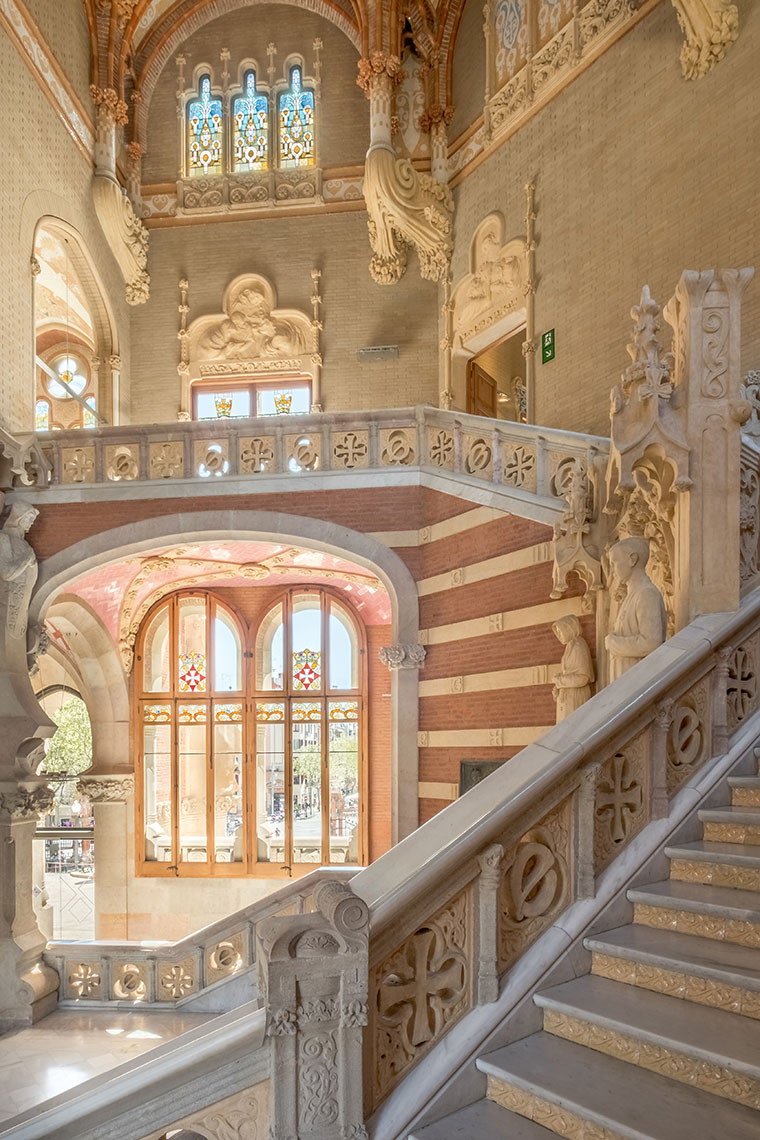 What to See in Barcelona

A visit to Barcelona isn’t complete without a dose of art nouveau. Instead of joining the queues at Gaudí’s Casa Batlló and La Pedrera, take a self-guided tour at Sant Pau Recinte Modernista. Just down the road from the unfinished – and unmissable – Sagrada Família, this former hospital designed by Lluís Domènech i Montaner is best described as a giant Moderniste work of art packed with fascinating history, colorful mosaics, and beautiful stained glass. And you can still get your Gaudí on: The architect’s quirky and ornate Torre Bellesguard in the Sarrià district is an under-the-radar favorite.

Visit Ivori in the Born neighborhood to shop for eco-conscious clothing from local Catalan designers, including Blacktogrey and Cus. Nearby Etnia stocks stylish sunglasses, and in up-and-coming Glòries, the Encants Vells flea market (open on Mondays, Wednesdays, Fridays, and Saturdays) has a lock on the city’s best antiquing.

Hop on a train from Passeig de Gràcia for a 50-minute ride to the Penedès wine country, where organic winemakers such as Llopart, Torelló, and Gramona have formed the new Corpinnat label for premium, sustainably produced Catalan bubbly. After a tasting and wine-paired lunch, set out to hike among the hilly vineyards. 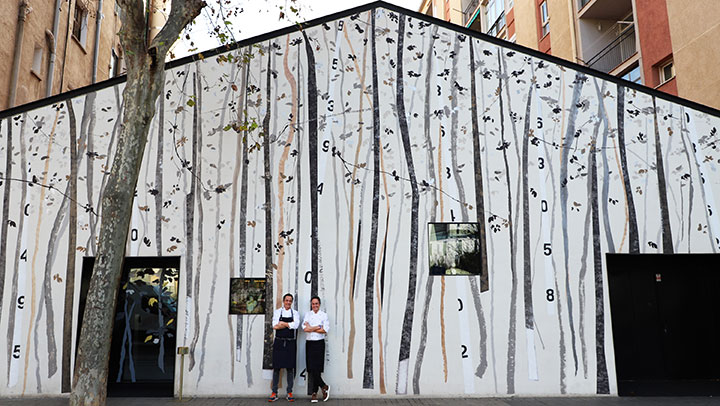 Where to Eat in Barcelona

Chef Carme Ruscalleda and her son Raül Balam designed the latest tasting menu at the two-Michelin-starred Moments (inside the Mandarin Oriental, Barcelona) based on the UN’s 17 Sustainable Development Goals. The 17-course meal features inventive dishes such as Gender Equality – an unorthodox but delicious combo of egg, banana, and eggplant.

Savor Iberian suckling pig with apricots and tamarind at the two-Michelin-starred Cocina Hermanos Torres in the Les Corts neighborhood. The restaurant, with a trendy postindustrial dining room and open kitchen, sources ingredients locally and from its own farm, and recently earned a Michelin Green Star for its eco-friendly commitments.

Tasting menus aside, tapas are undoubtedly the top culinary pursuit in Barcelona, and a recent trend has paved the way for an array of organic, sustainable spots. A few must-have dishes: the rustic pork pâté with pistachio at Llamber, El Chigre 1769’s grilled eggplant with caramelized mató cheese, Bodega La Peninsular’s tender calamari, and the impressive natural wine selection at Denassus. These establishments are all part of the Slow Food Barcelona network, which champions sustainable agriculture and restaurants serving local and seasonal food. 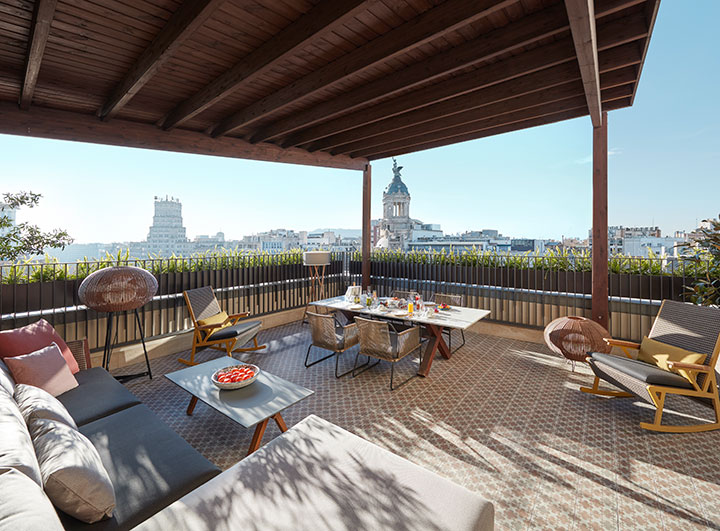 Where to Stay: Luxury Hotels in Barcelona

It doesn’t get more central – or glitzy – than the 120-room Mandarin Oriental, Barcelona, situated on Passeig de Gràcia, a stretch known for its swanky boutiques and eye-popping buildings. Certified to the Biosphere-Barcelona sustainable tourism standard, the hotel has eliminated single-use plastics and uses local, organic produce in its restaurants. The Passeig de Gràcia train station, which links travelers to the airport and nearby towns and beaches, is two blocks away. Virtuoso travelers receive breakfast daily and a $100 dining credit.

Sophisticated and discreet, the 28-room Serras is an ideal urban boutique hideaway tucked into the city’s Gothic Quarter. Set in a LEED-certified building that once housed Pablo Picasso’s studio, the hotel’s tasteful guest rooms overlook the old yachting port. Explore the narrow alleyways of Barcelona’s Old Town on foot before dining at Serra’s superb Informal Restaurant, which sources 95 percent of its produce locally. Virtuoso travelers receive breakfast daily and a $100 dining credit.