These Are the Coolest Destinations in Arctic Cruising 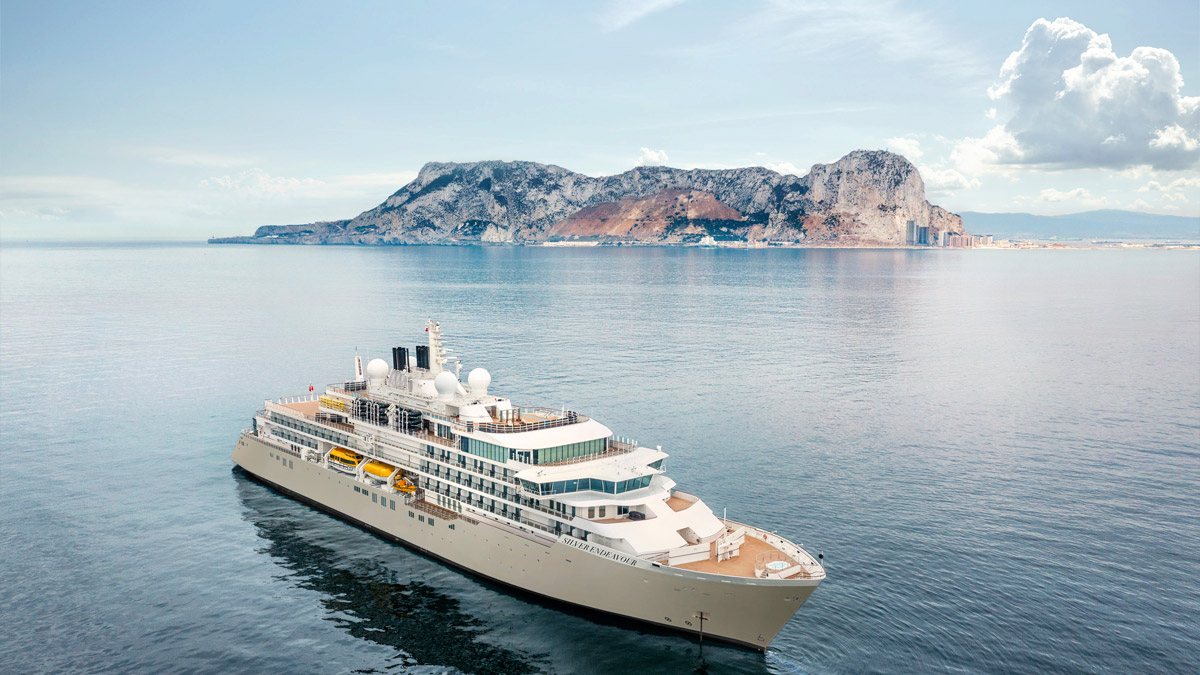 Expand your palate in Iceland, call on a volcanic island in Svalbard, or explore Greenland’s remote coastal villages on Silversea’s new expedition ship.

Arctic cruising is having a moment. With pent-up traveler desires shifting to far-flung destinations and cruisers taking a see-them-while-you-can approach to areas threatened by climate change, cruise lines have added more itineraries in the Arctic Circle, where polar bears (but not penguins) roam. The newest showstopper at sea: Silversea’s purpose-built, 200-passenger Silver Endeavour, which expands the line’s ultra-luxe presence (think butler service for every suite and a one-to-one crew-to-guest ratio) in the world’s northernmost region.

After a debut season in Antarctica through March 2023, the Endeavour heads to the Arctic for a slate of late-spring, summer, and fall voyages featuring stops in Iceland, Svalbard, and Greenland. Between ports, passengers can take in 270-degree views from the ship’s forward-facing observation lounge or swim laps in the glass-enclosed pool as the Endeavour navigates around icebergs. Intrepid travelers might even choose to combine five itineraries into one epic 81-night, round-trip-from-Reykjavík voyage, departing on July 1, 2023.

Here are some of the Arctic adventures the Silver Endeavour will embark on next year. 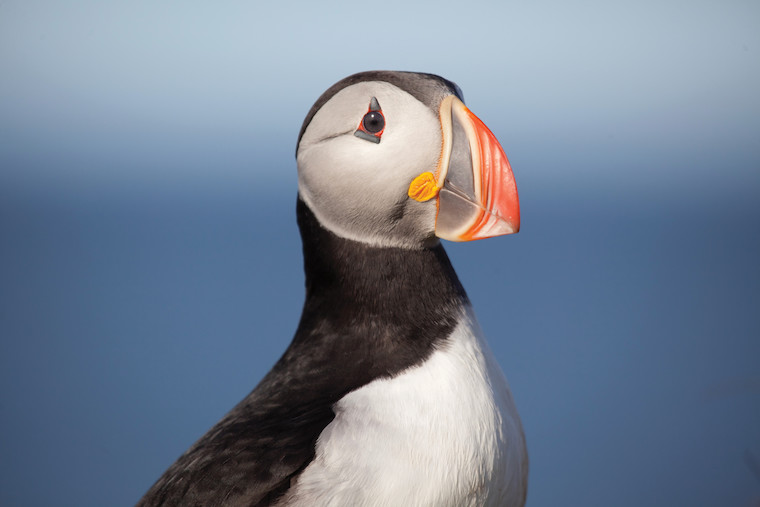 Two Norwegian territories extend the country’s Arctic reach: the Svalbard archipelago and the small island of Jan Mayen. Most of Svalbard’s islands lie around 600 miles north of mainland Europe with the exception of Bear Island, just 280 miles north of mainland Norway. Despite its name, no polar bear has been spotted here since 2004, but avian enthusiasts will appreciate the adorable puffins, as well as pink-footed geese and barnacle geese, that nest on the island’s massive cliffs and sea-cave-carved coastline. As the Endeavour’s onboard naturalists might point out, the two geese are easy to tell apart: The former have a pink streak on their black beaks to match their feet, while the latter sport white heads and bellies with black necks and plumage.

The Norwegian government has granted the Silver Endeavour special permission to land on Jan Mayen, which sits between northern Norway and Greenland roughly 375 miles north of Iceland. Travelers can visit on two 14-night cruises – Tromsø-to-Reykjavík and Reykjavík-to-Tromsø – stopping in Iceland, Svalbard, Jan Mayen, and northern Norway. At 34 miles long (about twice the size of Washington, D.C.), Jan Mayen is dominated by Mount Beerenberg, an active, glacier-covered volcano that has shaped the island’s landscape into black sand, green moss, and hardened lava bombs (masses of molten rock ejected during eruptions). 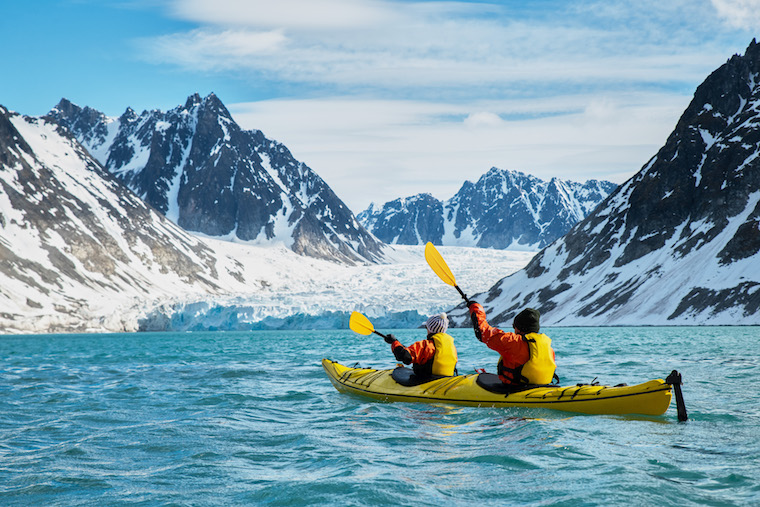 While anchored or during a kayaking excursion, travelers should keep their eyes peeled for minke whales. Their stomachs are white, while the rest of their 26- to 33-foot-long bodies are black and dark gray. Taking the polar plunge – walking into the icy Arctic Ocean from the shores of Jan Mayen – will earn cruisers a certificate and a great story at future dinner parties.

Silversea’s expedition team spends months (even years) researching and choosing new ports, which include many of the spots on these Arctic voyages. “Our objective is for guests to have an authentic, enrichment-based, and spontaneous experience,” says Robert Simpson, Silversea’s vice president of expedition product development. “We rely on our extensive team to deliver these experiences, whether on guided treks or hikes, out in the Zodiacs, or while making connections on shore with local communities.”

On the line’s Arctic cruises, this translates to hiking across a 4,000-year-old lava field called Berserkjahraun during a stop in Stykkishólmur during a 16-night, round-trip-from-Reykjavík cruise along eastern Greenland and western Iceland. The locals here also offer a guided tour of the Bjarnarhöfn Shark Farm to showcase their traditional process of fermenting shark meat – it takes six weeks to remove the ammonia and allow the meat to cure, putrefy, and decay. Adventurous eaters can taste the resulting Icelandic delicacy, called hákarl, which pairs well with a shot of Brennivín, a caraway-spiced liquor nicknamed “Black Death.”

To see more of what life is like on Iceland’s wild and remote northwestern coast, travelers can join Silversea’s 14-night, round-trip-from-Reykjavík voyage around Iceland, Scotland, and the Faroe Islands. During a stop on Iceland’s Vigur Island, home to one of Europe’s smallest post offices, cruisers can learn how farmers harvest the extra-soft down of eider ducks. 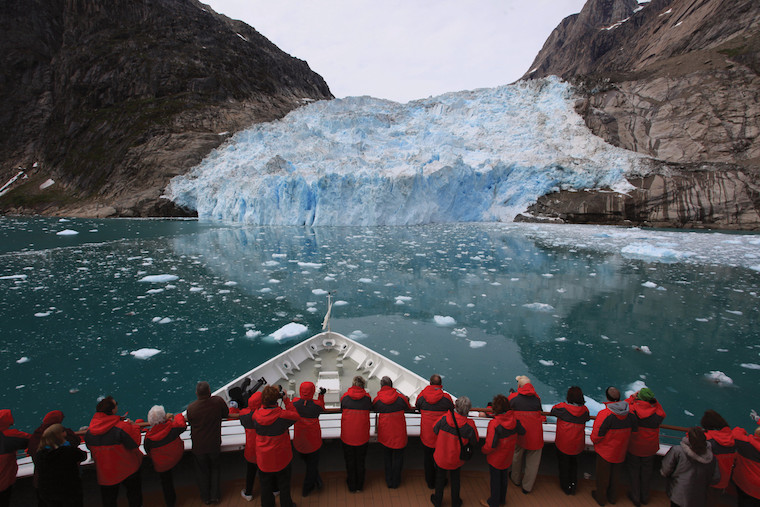 Straddling the Arctic and Atlantic oceans, Greenland is the world’s largest island (excluding Australia) – roughly three times the size of Texas – and it’s part of the Kingdom of Denmark. Exploring this massive destination often means choosing a side, literally. The Silver Endeavour is set to explore western Greenland and northeastern Canada in July and August 2023, followed by western Greenland and Iceland in September and October.

The majority of Greenland’s residents are Inuit, and Silversea’s excursions include the opportunity to learn how they subsist in this isolated environment. A ten-night, Kangerlussuaq, Greenland-to-Pond Inlet, Canada sailing includes a stop in Nuuk, home to a third of Greenland’s 55,000 people (and the country’s only traffic lights). Seven days later, the ship docks in the northern port town of Upernavik, population 1,000, for a walking tour down quiet streets lined with the primary-colored homes popular up and down Greenland’s west coast, before a visit to the local art museum. 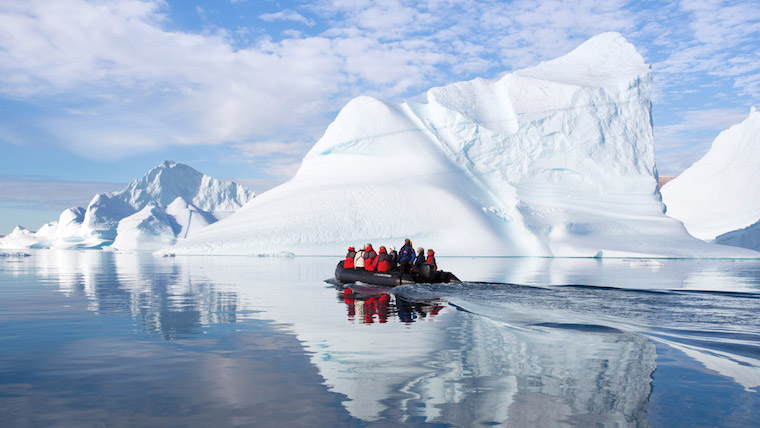 Although the Arctic sun doesn’t set from late May to late July, the night sky reappears in late summer and fall. Cruisers hoping to spot the northern lights should book a 16-night, round-trip-from-Reykjavík cruise that includes three days in Scoresby Sund – the area’s geomagnetic activity makes it one of the best spots in the world to witness this natural phenomenon.
Almont Travel