Slow Travel and Fine Wines on a Canal Cruise through France 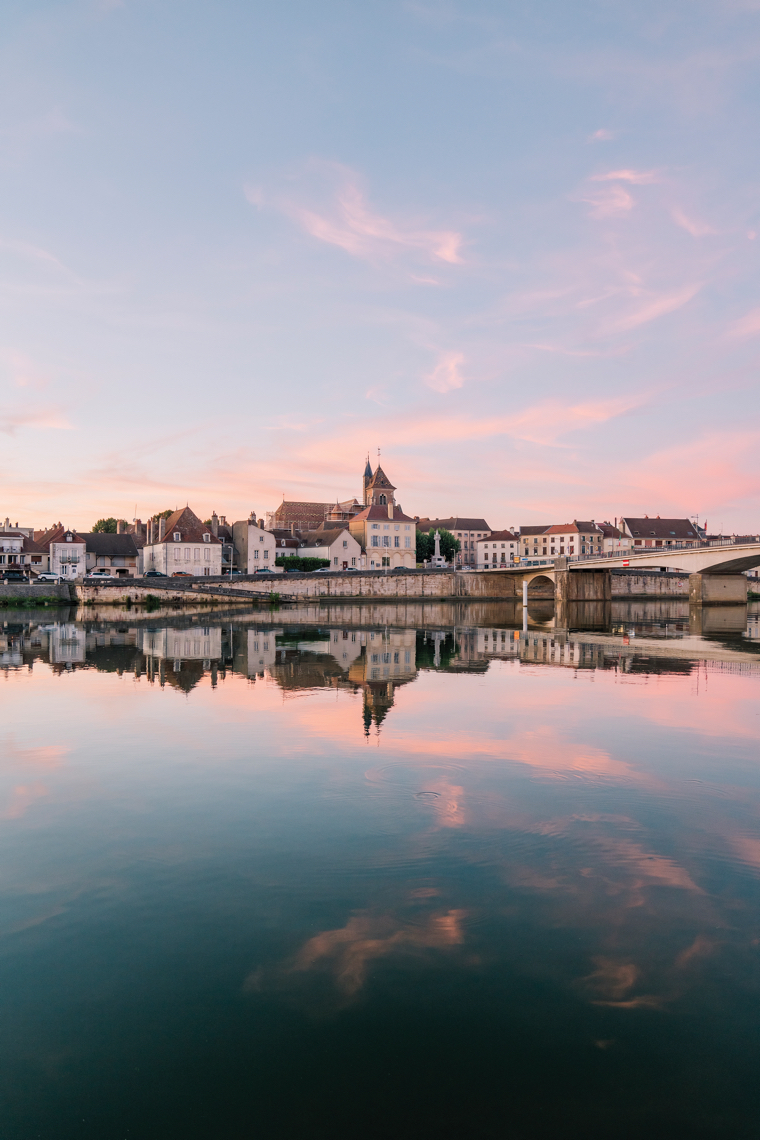 It’s the $17,000 bottle of wine that really brings us together. We’re not sipping the stratospherically priced Romanée-Conti – our table of 11 passengers aboard the Adrienne is speculating about it over dinner. Questions fly: Is a single bottle of pinot noir really better than 170 hundred-dollar bottles? If we all chipped in to buy a bottle, what would it cost per person? And how much wine would each of us get? (A couple of sips, at $1,545 per person, a mathematically inclined fellow figures.)

I admit, at this point, we’re a bit giddy. We’ve sneaked tastes of ripe pinot noir grapes from a grand cru vineyard, indulged in meals cooked by our private French chef (honored with three Michelin stars at past gigs), and transited 12 locks on the Canal de Bourgogne. Then there’s the wine: Pouilly-Fuissé, Côte de Nuits, Savigny-lès-Beaune Premier Cru – big Burgundy names, all generously poured – and it’s only our first full day aboard the six-cabin luxury barge.

I’ve long been fascinated by canals, true engineering feats of their era, marked by locks that raise and lower vessels to aid navigation. You can find a few barge trips in England and Scotland, but France is crisscrossed with canals, offering many options, from do-it-yourself rentals to all-inclusive cruises like ours. French Country Waterways sails four itineraries, in Burgundy, Champagne, Alsace-Lorraine, and the Upper Loire, each with a focus on regional wine and food. Its fleet comprises five barges, carrying just 8 to 18 passengers each.

River cruises abound in Europe, but they’re vastly different from canal barging. Riverboats carry ten times (or more) passengers, travel farther and faster, and offer multiple excursion choices. Barges are much more intimate, with an inimitable personal vibe. As Virtuoso travel advisor Michael Holbrook explains, “Each of French Country Waterways’ barges is more like a floating, fully staffed guesthouse with a private chef than a cruise ship.” One thing he particularly valued on his three trips was interaction with the six-person crew. “They almost became family by the end of the cruise,” he says. 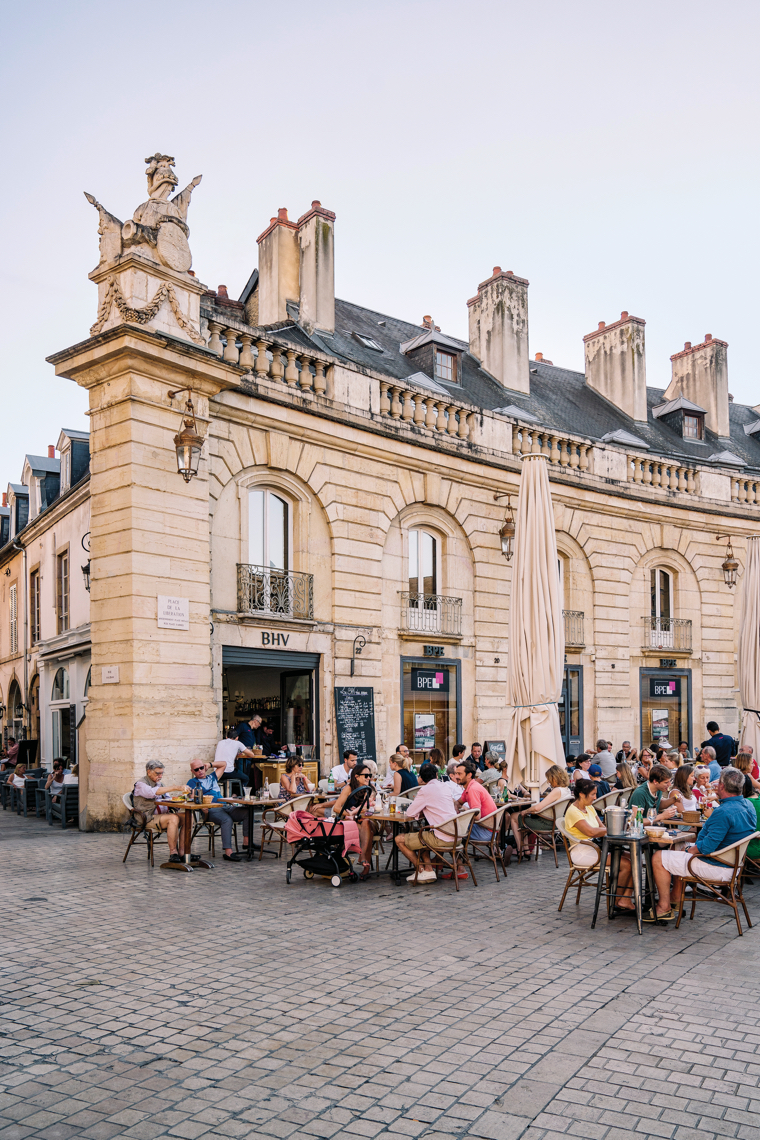 Our voyage will take us from Dijon to Saint-Léger-sur-Dheune, a distance you could drive in about an hour, but which will take us a laid-back seven days. We’ll sail down the Canal de Bourgogne to the Saône River, then into the sinuous Canal du Centre – all waterways that are part of a historic network connecting the Mediterranean to the Atlantic.

To protect the canal, barges legally can’t exceed 3 to 5 miles per hour – the speed of a very leisurely saunter. The pace seems plodding at first, but then you start noticing things you’d otherwise miss. Perch, pike, and carp dart in the placid, 70-foot-wide canal. Swans paddle past, gray herons glide overhead, and wading egrets crane their necks to inspect us as we drift by. One passenger notes with a smile, “There have been zero overhead announcements,” a pleasant contrast to the crackling on larger vessels.

Trees arch overhead, many with mistletoe balls clinging to their branches. Charolais cattle graze in nearby pastures, and we slip by fields of corn and sunflowers, marked with reminders of the canals’ industrial past: grain elevators, gravel depots, and the rusting hulks of cranes. But most of the journey unwinds through bucolic countryside.

Transiting locks is an art: Our 127-foot barge eases in with just inches to spare on each side. Charley, the lanky deckhand, wrangles ropes and closes lock gates before hopping aboard the barge’s roof as we descend into shadow, then performs a startling Olympics-worthy flip onto the deck below. Scents intensify – of wet concrete, mud, and the water plants that cling to the lock’s walls. When we’ve reached the new water level, Charley throws his weight into levers that swing open the gates at our bow, and we slip out. 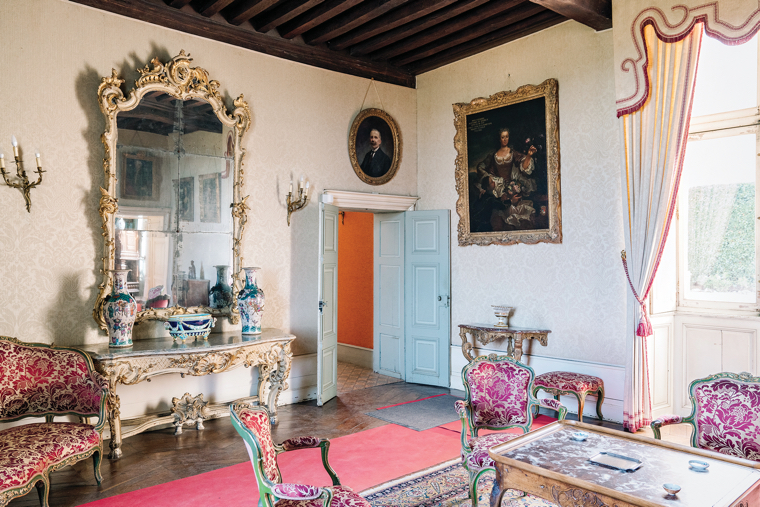 Captain Matthew, a witty Brit who’s worked on barge cruises for four decades, leads our morning and afternoon excursions. One day, he takes us past fields of ripening grapes to Clos de Vougeot, a vast vineyard and château founded by Cistercian monks in the twelfth century; four massive presses that once used the weight of huge beams to crush grapes attest to the monks’ ingenuity. At Château de Chassagne-Montrachet, vaulted twelfth-century stone cellars built by Cluniac monks are heady with the aroma of aging wine. You might want to toast the brothers as you taste five of the winery’s offerings.

Dijon may be known for its mustard shops, but there’s much more to see in this historic seat of the dukes of Burgundy. Matthew shows us the ornate ducal palace, then walks us past an ancient half-timbered house and down rue de la Chouette (Owl Street) to the side of Notre-Dame de Dijon church, where he points out a stone owl, worn smooth by 300 years of visitors, who believe touching it will make their wish come true.

In Beaune, we tour the fifteenth-century Hospices, a former charity hospital, topped by yellow, red, green, and black tiles arrayed in bold geometric shapes. Inside, the display of ancient medical tools made me cringe, but a sign noting the daily patient allotments of red wine made me smile. Don’t miss the nine-panel polyptych altarpiece, the Last Judgement. Not only is the painting exquisitely detailed, but you can also see the ancient precursor to Instagram influencers – the Hospices founder’s offspring, who appear in the panels.

Docking at Chagny, we hop off and head to Château de Rully, where its 26th-generation count leads us through his family castle. He’s full of stories, like the tale of an ancestor who traveled with two coaches – “one for himself and one for his wineglass,” now displayed in a dining room cabinet. “It holds four bottles of wine,” the count notes, “and he drank it all in one go.” After the tour, we sample the estate’s wines – with slightly more restraint. 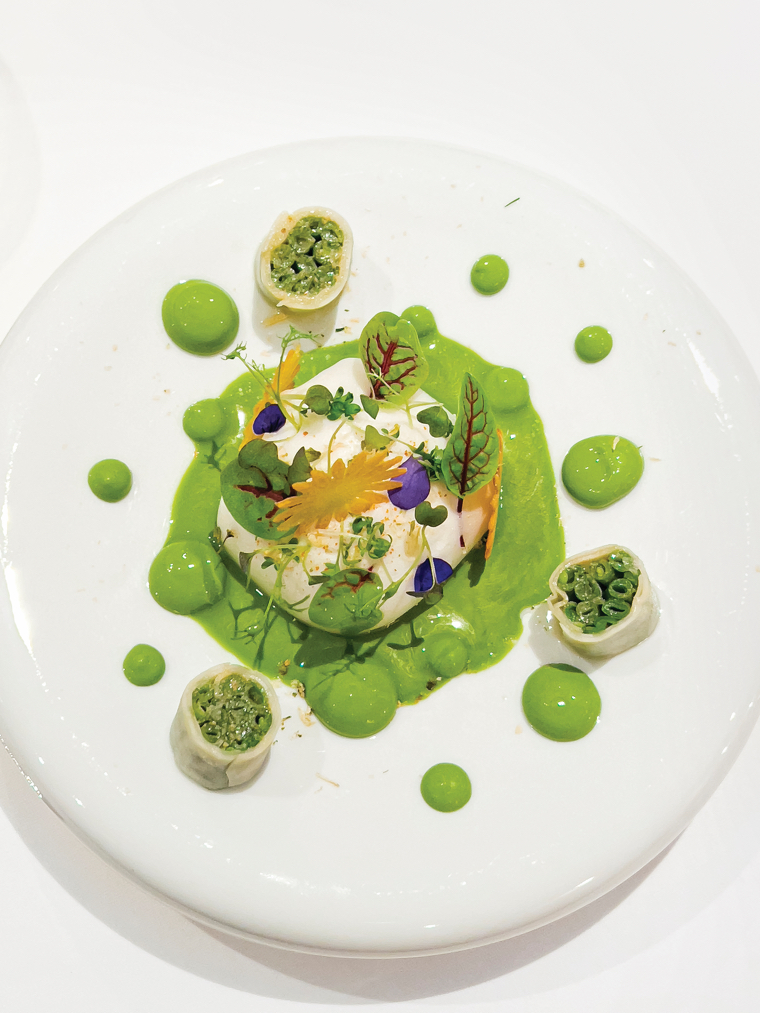 A highlight of all French Country Waterways itineraries is dinner at a Michelin-starred restaurant. At Chagny’s three-starred Maison Lameloise, we savor foie gras “lollipops”; four dainty amuse-bouches, including a little pastry pillow with Beaune sausage; a main course of monkfish with chanterelle mushrooms; a mind-boggling cheese cart; and lemon mousse with jasmine-lemon sorbet – all topped off with trays of mignardises (bite-size desserts), chocolate truffles, and pâtes de fruits.

When it comes to onboard meals, well, apologies to Hemingway, but Adrienne is the real moveable feast. From freshly baked breakfast pastries, sourced at boulangeries along the way, to lunches of salads, quiche, and roasted meats to cocktail appetizers and five-course dinners, you’ll never go hungry. 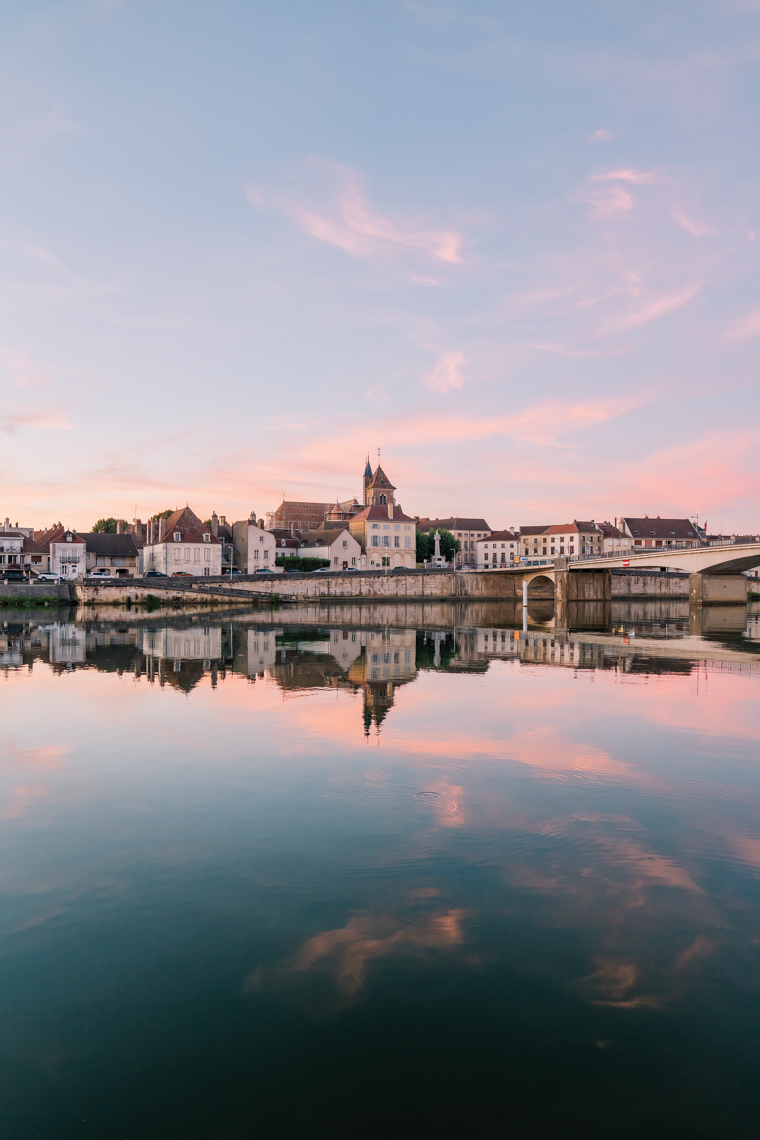 Red and white wines flow at each meal (aside from breakfast) – a total of 22 labels over the week. At lunches and dinners, servers present a selection of three artisan cheeses, with no repeats and often introduced with a story. To wit: The truncated-pyramid shape of Valençay goat cheese was once actually a full pyramid, served to Napoleon after his disastrous Egypt campaign. Legend has it the infuriated emperor lopped the top off with his sword. It’s been made in that shape ever since.

Fortunately, you can compensate for all that food by walking or biking along the towpaths on either side of the canal. Beyond the waterway, villages have sights that are easy to discover by bike, such as quirky Château de Longecourt in Longecourt-en-Plaine or L’Antre Pots Fleuris, where you might pick up an octopus candelabra, and A Comme, which sells antique linens, both in Saint-Léger-sur-Dheune.

On our final night, we exchange toasts and hugs. And we joke that maybe someday we’ll meet up again on the Adrienne to split that bottle of Romanée-Conti. It’ll happen – I made a wish on that owl in Dijon.