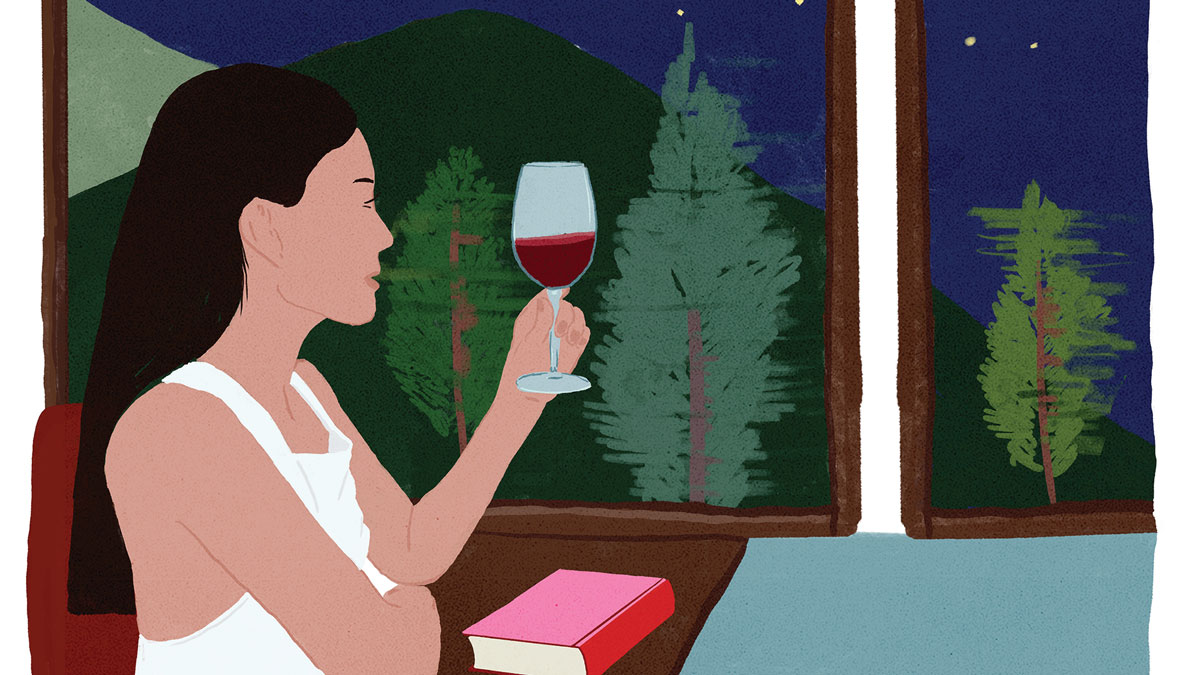 Throwing it back to the romance and intrigue of long journeys by rail.

Years ago, on a night train from Bangkok, I watched a full moon rise over bristling rice fields. I was traveling toward Vientiane, a city of gilded stupas and crumbling French architecture at the edge of the Mekong River. My porcelain teacup trembled as the car swayed over the rails. Though it was late, and the steward had already made up my white-curtained bed, I lingered between cars to savor the night air. When the train flashed across a narrow stream, I saw a fishing boat below me, nosing away into darkness.

I could have flown. Like every traveler, I wish for more time to explore each place I go, and it’s tempting to book a quick flight and subtract hours – or even days – in transit. But an overnight train suspends that impulse to hurry on. Once on board, the urgency dissolves. And spending the night on rails turns the journey itself into a thrilling destination, one with rituals and pleasures that I yearn to revisit.

So when the midnight line glides by my house, I wake dreaming of faraway places, of reading paper timetables in the cozy solitude of my compartment. Sleeping in a private berth rouses sensations nearly forgotten: Trains have an ambling, back-and-forth sway gentle as a cradle.

For breakfast, I wish for nothing more than an unknown place spooling past the dining car window. That first early-morning glimpse beyond the curtains reminds me of the French concept of dépaysement – literally to be “out-of-country” – which captures the exquisite disorientation of finding oneself surrounded by the unfamiliar.

Air travel affords scant time to savor that sensation. It’s just a quick hop by air from Vienna to Venice, for example, an hour of flight time that takes you from stolid Habsburg palaces to canalside cafes. The two cities may as well be on different continents, the places in between blank as an unfinished map.

Taking the night train between Vienna and Venice, though, as I did one autumnal evening, I felt every inch of the landscape unreeling beneath me. The cars shimmied through the tunnels and valleys of the Italian Dolomites. Fiery persimmons blazed in trees over gray fields. I sipped espresso as my train slid behind the low stone facade of the Stazione di Venezia Santa Lucia. One evening you’re toasting the intermission crowd at the Vienna State Opera, and the next you’re catching the sunset at Piazza San Marco. Despite the cities’ vastly different beauties, a shared countryside weaves their edges together. Train windows frame a view of the way they meet, mile by quiet mile.

On board, landscape images pass quickly enough to reward the most restless watchers. Who knows what will happen if you turn your back for a moment? My memories of that train journey to Venice are impressionistic, blurred by motion. The world viewed from inside a train looks like a stage set’s hastily painted backdrop. 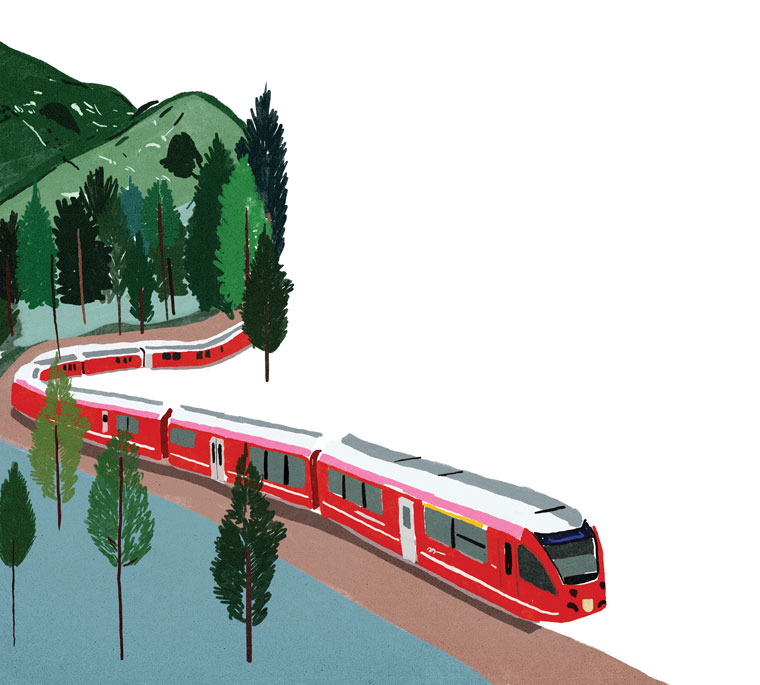 It's little wonder overnight trains are beloved by storytellers with an eye for drama. Graham Greene and Agatha Christie both chose the historic Orient Express line – whose luxe legacy lives on in the Venice Simplon-Orient-Express – as the setting for their tales. Greene’s 1932 Stamboul Train unfolds across a wintry, eastbound journey toward Istanbul. Traveling in the opposite direction, Christie’s cast of characters in Murder on the Orient Express, published in 1934, plot intrigue and romance without leaving their first-class carriages. (Just as delicious: the 1974 movie adaptation, in which Sean Connery and Vanessa Redgrave swap torrid looks across the art deco dining car.)

Private compartments offer a thousand ways to make an entrance or slip from the stage. A few words, overheard in passing, hint at strangers’ stories. Seeking conversation on one overnight journey from Seattle to Los Angeles, I took my book to a lounge car whose towering windows looked over a landscape the California sun had parched to gold.

A dark-haired stranger carrying a paperback copy of Steinbeck’s Travels with Charley shared my table and, later, a bottle of wine. With all the languor of days at sea, long afternoons aboard a train spark serendipitous encounters around every sweeping curve. The ever-changing views keep conversation expansive: As the sun disappeared into the sea, we talked of the journeys we’d dreamed of for years – to South Pacific islands, the Mongolian steppe. I’d nearly booked a flight instead, but that slow, overnight ride to Los Angeles’ 1939 masterpiece Union Station remains indelible.

Characters on board, however captivating, aren’t the only actors in the unfolding drama of an overnight train. Unlike an airplane’s omniscient view from above, trains give a human-scale look at the world: Peer out the window for an intimate glimpse into a Parisian café or the sight of Thai farmers spreading their harvests to dry after a tropical downpour. After dark, the scenes can be poignant, recalling Edward Hopper’s paintings of lonely souls haunting gas stations and all-night cafés.

And an overnight train, lit up against the darkness, is a two-way window. Standing in the night, an observer might see each car streak by for a dazzling instant, glimpsing crystal glasses raised for a toast, a uniformed conductor peering into the night, or the glow of a cupped palm sheltering a lit cigarette. Passengers look out at the world; the world, transfixed, looks back.

This article originally appeared in the November/December 2021 issue of Virtuoso Life.