See the Best of India on This Dream Trip 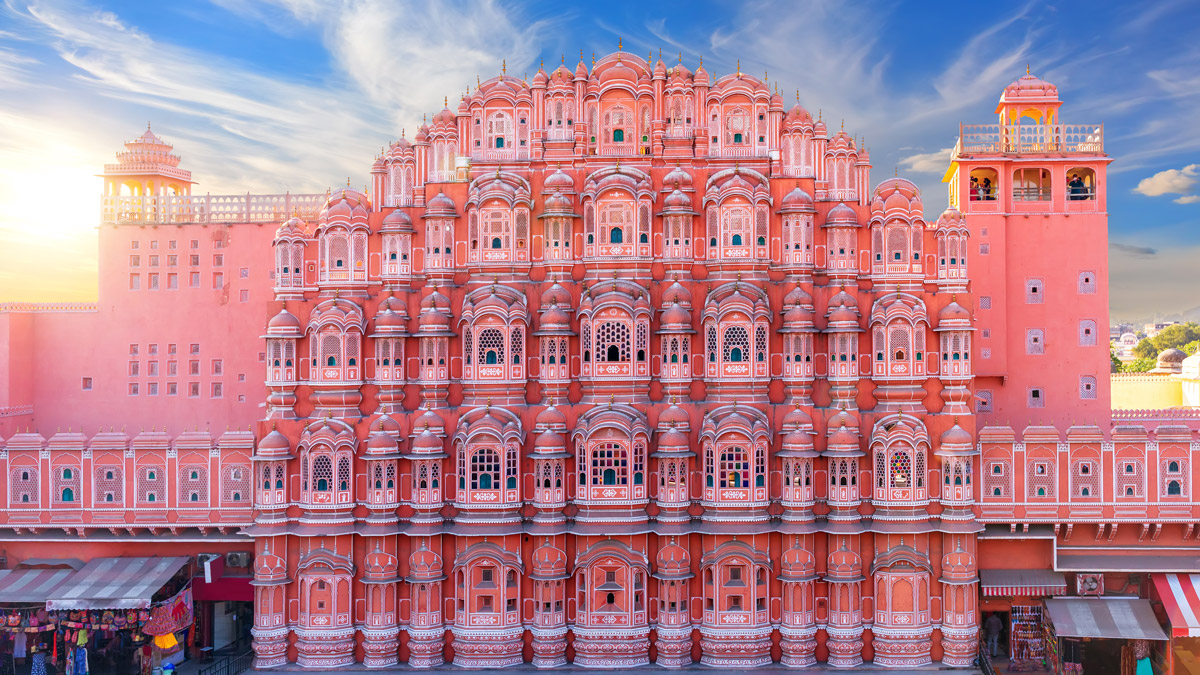 Visit the Taj Mahal (twice), embark on a tiger safari, and soar over Jaipur in a hot-air balloon on a two-week tour with Micato Safaris.

If one word could come close to describing India and all it encapsulates, it would be “diverse.” The 1.25-million-square-mile country (nearly four times the size of Texas) stretches from vast deserts in the northeastern state of Rajasthan to tropical coasts on the country's southernmost tip. The cultural terrain of India’s 1.4 billion people is equally expansive, with 1,650 regional languages spoken and six major and 88 minor religions practiced.

So where do you start when planning a trip to this multifaceted country? This is where local expertise comes in handy. Micato Safaris’ classic tours help first-timers navigate India’s must-visit sites, while custom itineraries dive deeper or highlight specific interests, such as tiger-spotting through national parks or going all in on cuisine.

First, plan to travel between September and April, to avoid the summer and monsoon season. And however you choose to explore, Micato recommends a slow-travel approach to the subcontinent, with extra time built in to absorb and reflect on each experience. This 16-day, Delhi-to-Mumbai tour, which includes monuments, wildlife, and plenty of palatial five-star indulgence, is a dream introduction to India.

After arriving and settling in for the night, travelers can peruse Old Delhi’s ancient buildings before a tasty introduction to New Delhi’s bustling restaurant scene farther south. The domed rooftops and red sandstone and marble walls of sixteenth-century Humayun’s Tomb inspired the design of the Taj Mahal, and its photogenic pishtaqs (ornate entranceways) are a common staple of Islamic architecture. Navigating busy, narrow streets in Old Delhi (previously called Shahjahanabad) is easier with the help of a local Micato guide, who leads travelers to the sandstone courtyard of Jama Masjid, India’s largest mosque, for a tour. 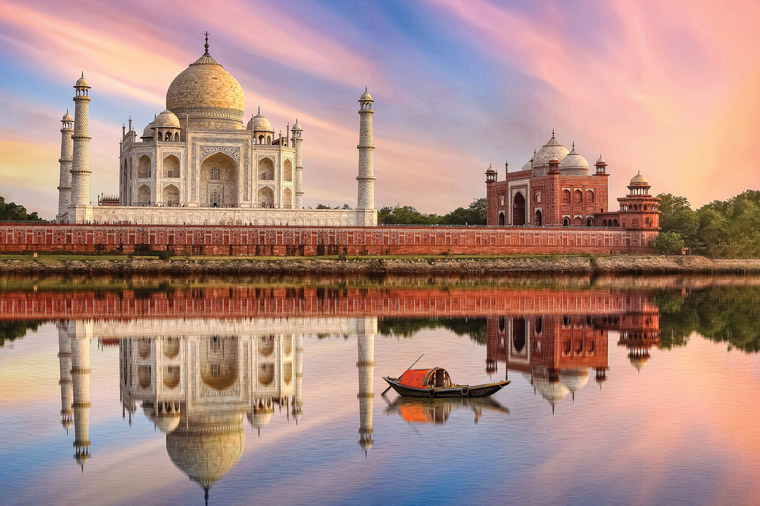 The city of Agra (in the state of Uttar Pradesh) may be a less recognizable name, but its marquee landmark – the Taj Mahal – is not. After a three- to four-hour drive south from Delhi, Micato’s itinerary includes two visits to the iconic site: once to catch the morning mist engulfing the white-marble palace, and again bathed in soft light at sunset. The seventeenth-century monument remains a testimony to the romance between Emperor Shah Jahan and his beloved wife, Mumtaz Mahal – Jahan commissioned the building after her death. 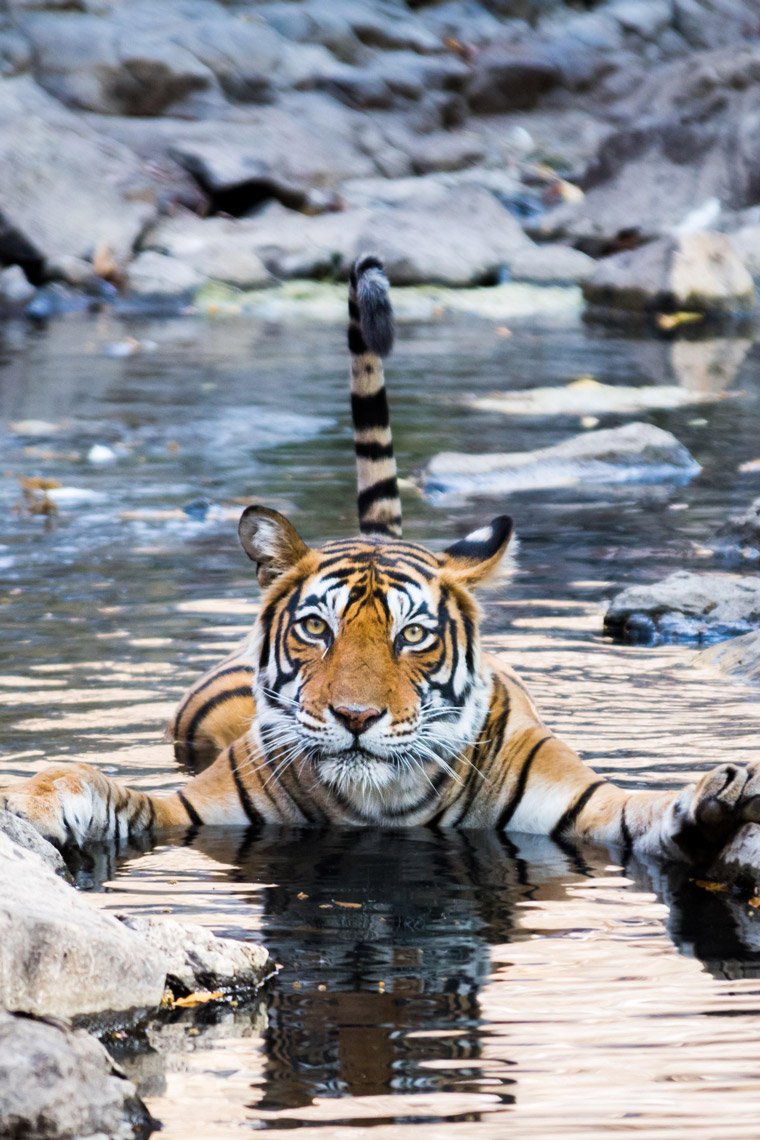 Thanks to 50 years of government-backed Project Tiger conservation efforts, coveted Bengal tiger sightings have become more common in the 155-square-mile Ranthambore National Park, a five-hour drive from Agra. Micato’s local guides can up the chance of catching this wild animal with their expertise on where to look, such as around the shores of Rajbagh Talao; in March and April, rising temperatures draw the wildcats to the park’s lakes. While tigers are Ranthambore’s main attraction, keep an eye (or camera lens) out for leopards, sloth bears, and spotted deer too.

A four-hour drive northwest whisks travelers from Ranthambore’s lush jungles to the “Pink City” of Jaipur, nicknamed for its colorful sandstone facades. Standouts among the Mughal- and Rajput-era architecture include the seventeenth-century, honeycomb-style balconies lining the five-story Hawa Mahal and the sixteenth-century Amber Fort’s latticed windows and mirrored halls. Hop on an early-morning hot-air balloon ride for an epic view of the villages and farmlands that surround the rose-hued city.

Virtuoso travel advisor Becky Craft recommends a Micato-arranged private dinner at the grand City Palace – still home to the royal family of Jaipur – where she rode a horse-drawn carriage to the palace’s inner courtyard while decked out in a sari. “In a nod to Jaipur’s Pink City moniker, we were greeted with flutes of pink Champagne and led to a private dining area with brilliant, mosaic-covered walls,” she recalls. A few nights at the 78-room Rambagh Palace – a former hunting lodge of the Maharaja of Jaipur with expansive gardens and an opulent spa – round out the royal treatment.

After flying a few hours from Jaipur (through Delhi) to the holy city of Varanasi in the northern state of Uttar Pradesh, the itinerary’s focus shifts from visual beauty to spirituality. Time in Varanasi begins with a guided boat ride along the Ganges River, passing pilgrims taking dips in its sacred waters and Indian gurus conducting last rites along its banks. The Hindu people believe departed souls go to the Ganges to find peace and enlightenment. 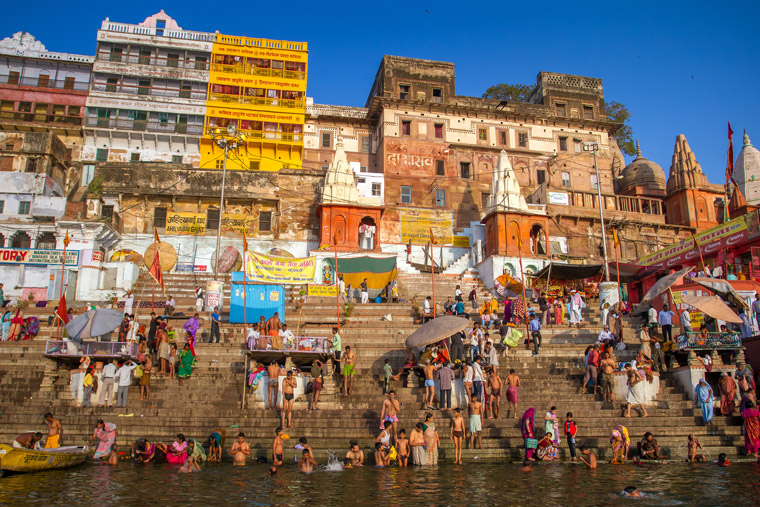 “A visit to Varanasi is a special experience because of its importance as a Hindu pilgrimage town,” says Craft. Around sunset, travelers witness the arti ceremony: This nightly ritual, held on the banks of the Ganges, gives thanks to the gods, illuminating the thousands of Hindu participants by candlelight.

After a two-hour flight from Varanasi, travelers land in the west-coast metropolis of Mumbai, a place that could easily challenge New York for the title of “City That Never Sleeps.” Much like Manhattan is known for bright lights and action, Mumbai’s reputation as the gateway of India and home of Bollywood has drawn more than 20 million residents striving to make it big.

See Mumbai abuzz at Churchgate Station, where some 5,000 workers called dabbawalas maintain a 13-year-old supply-chain network to deliver thousands of lunch boxes across the city on carts and bicycles. Settle in to shop, dine, and squeeze in a little more architecture appreciation during a guided art deco tour, or take a city walk at dawn, before the city comes to life. (Your homework: Streaming one of Bollywood’s signature films on your flight home.)