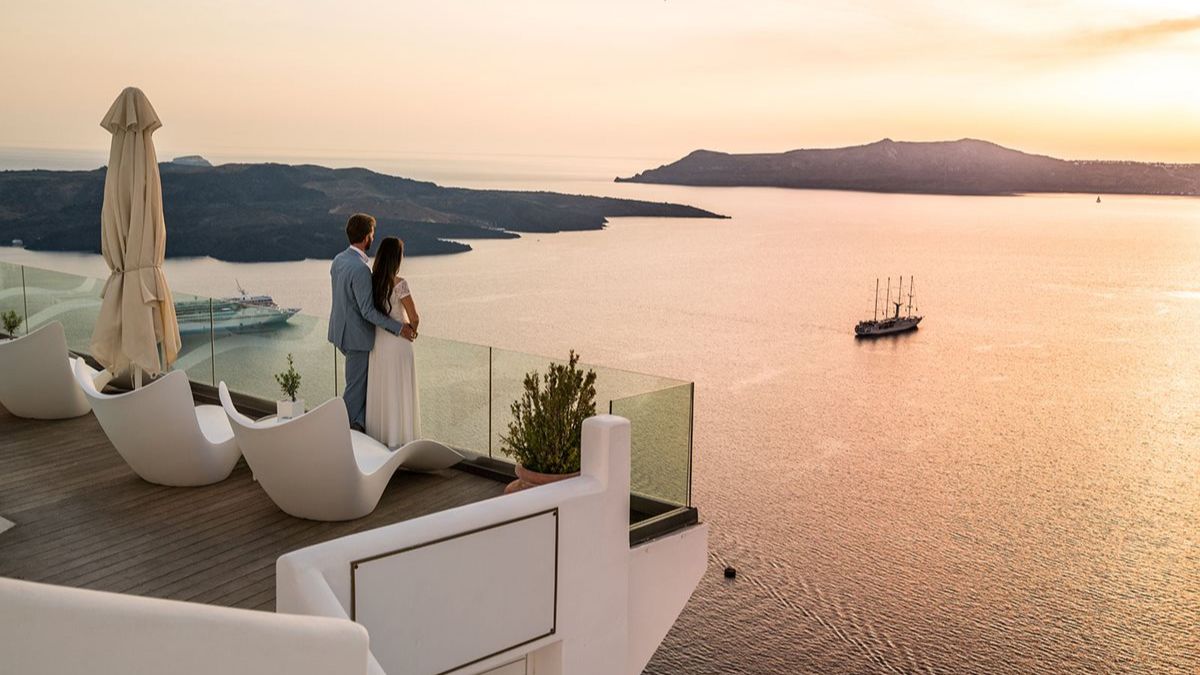 Those amazing getaways and VIP experiences aren’t only reserved for the A-list, though. The Virtuoso travel advisors and hotels, cruise lines, and tour operators that specialize in ultraluxe travel know how to make every traveler feel like Oprah on a wellness retreat. (As a matter of fact, many advisors discreetly work with their own celebrity clientele – but we’ll never spill their secrets.) Here, a quick look at a few of the OMG-level upgrades they can handle. After all, you can’t make yourself a VIP.

For some, continent-hopping via private jet is the epitome of luxury travel. Virtuoso advisors can book everything from a quick transfer on a private Cessna to your own private villa rental in the Caribbean to an extravagant, around-the-world journey on a Boeing 757 that calls on many destinations over the course of a few weeks. (Expect lie-flat seats, an onboard executive chef, and even an on-call physician.)

“I organized and escorted a group of 30 around Australia in two private jets on behalf of a Sydney-based couple,” says Virtuoso travel advisor Adrienne Witteman. “We showcased the best of the continent and had the most wonderful experiences.”

2. Rent your own island

Nothing keeps the paparazzi at bay like an ocean. Check into your own modern villa on a private New Zealand island – the helicopter is on standby in case you tire of the ocean trampoline, hiking trails, or fleet of water toys at your disposal. Or, celebrate a milestone by having your advisor book a closer-to-home private island retreat in the Bahamas.

Standing in a three-hour queue outside of the Sistine Chapel? No thanks. Up to 25,000 people a day visit the Vatican City monument, but a Virtuoso advisor can arrange for you and your travel companions to have it all to yourself – some advisors have even set up private meetings with the pope. Another crowd-free exclusive experience: Mingle with royals in London. “I worked with a Virtuoso partner that arranged for a family to sit down for tea with a Military Knight of Windsor,” says travel advisor Claire Hearn. “They visited the Knight’s home on the grounds of Windsor Castle in an area not usually accessible to the public.”

Virtuoso advisor Angela Turen has helped travelers walk the red carpet at Cannes, attend exclusive film premieres on the beach, and sip cocktails with the stars. Other A-list moments a travel advisor can handle: singing background vocals during a recording artist’s studio session, sitting onstage during a Lady Gaga concert, and shucking fresh oysters in France with a Michelin-starred chef. (Remember, it’s all about who you know – and advisors who specialize in luxury travel have the right connections.)

From the Caribbean to the Mediterranean and beyond, the joys of a private yacht carter revolve around the freedom of setting your own itinerary. Sail along the French Riviera on a masted schooner, hopping off for dinner at a Saint-Tropez beach club or watching the party from a distance with a chef-prepared meal on board. If you’re not ready to commit to your own yacht, ask your advisor about the owner’s suites on Virtuoso cruise lines – the luxe accommodations often come with VIP perks such as a private car and driver in every port, priority access, dedicated butler and concierge service, and more.